O love to share my life lessons on all things, dating, and relationships with very little internal filter and a love of putting it all out there for the world to see, laugh about, and cringe over. Nothing is off limits as far as she is concerned.

Right now it’s long distance; Is there potential for a relationship in the future? 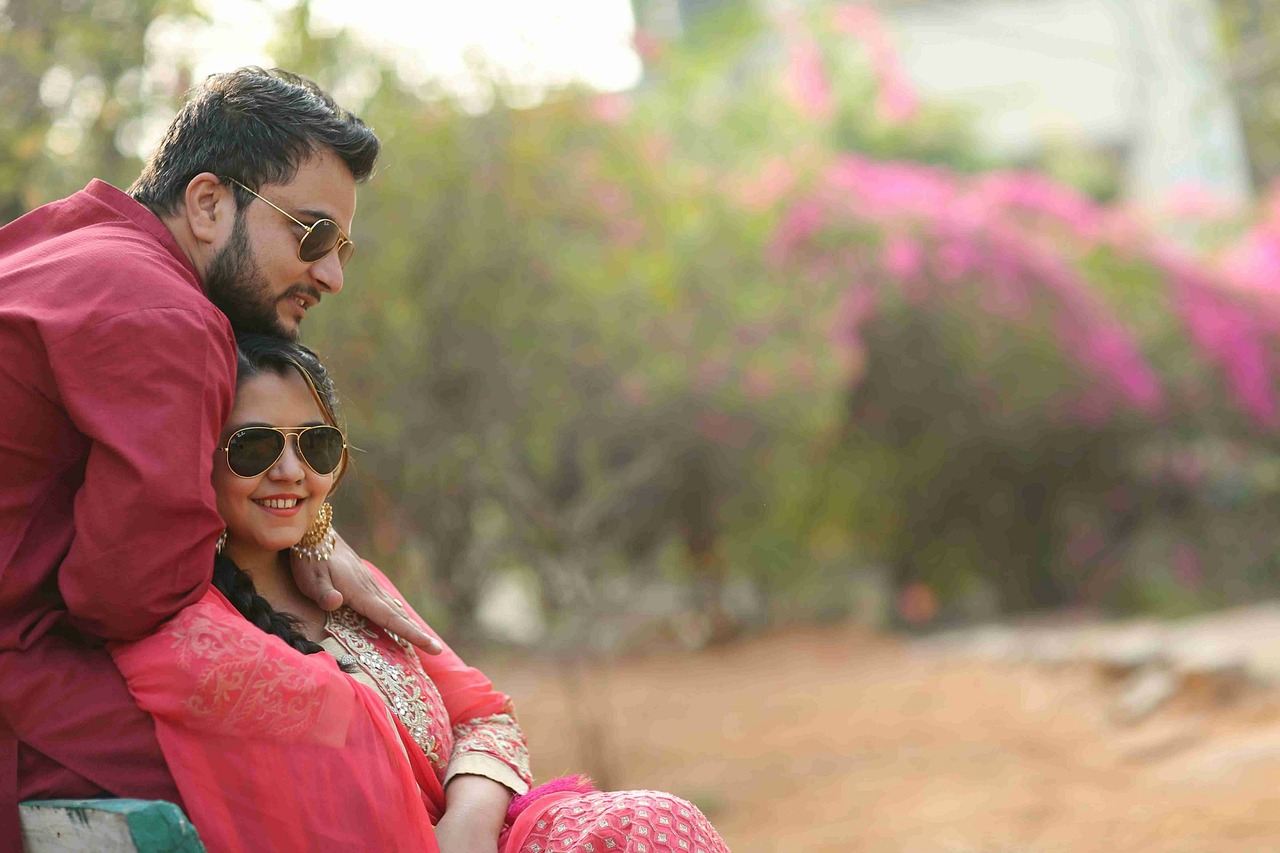 I could really use some of the great insight and suggestions that The Guys provide.

I started dating this guy last summer. (We’re both in our early thirties). He was part of a mass layoff at his job—not performance related, he was up for a promotion, the company was trying to cut costs—a couple months after we met. We kept seeing each other while he was job hunting, but the local market was flooded because so many people were laid off. He eventually decided to accept a 12 month temporary contractor position on the other side of the country, where he had attended college.

It had been four months since we started dating, and we were moving from seeing each other casually to spending more time together. We’d met each other’s friends. He met my parents when they came to help me move into the condo I’d bought right before we started dating. (His parents live overseas, in the country he was born in.) When he accepted the temporary position we both recognized that it was still fairly early in the relationship. He didn’t want to feel like he was holding me back. He felt more comfortable staying friends and keeping in touch, seeing what happens between us instead of trying to keep this going long distance. I was willing to try long distance, but understood his points about how challenging long distance relationships can be. (Plus he said he thinks being friends first is important to success in a relationship. He’s divorced and felt like he rushed into a relationship with his ex-wife). He likes the area I live in, and planned to return after the contract was completed. (There are plenty of opportunities; I think that he’ll be able to).

We saw each other up until the day he left and have kept in touch since. We’ve also met up twice since then, and are talking about another. Both times he invited me.  Once was to visit his parents (him)/meet his parents (me) when they came over to the US to visit his sisters. They were in a different state so we both had to travel there.  We also met in the Caribbean for a vacation during the winter.  And we had an awesome time on both trips, picking up right where we left off without any awkwardness. We were intimate with each other before he left, and were also on the vacations.  After he first left our conversations were about day to day stuff, our families, etc.  After the first trip, he started to initiate phone sex occasionally, and we probably do that at least once a week.

Overall we talk usually 2-3 times a week, not a set schedule but it’s been regular. While I like talking with him, I think that every day would start to feel like a chore for both of us, not to mention we’d run out of things to discuss. Our communication has remained pretty consistent the whole time he’s been gone. We did talk more in the weeks before the trips, but I think that’s normal, since we were both planning and excited.  He initiates about 50-70% of the time, and I’ll initiate the rest of the time. There would be times when he might be out with his friends, or me with mine.  If that was the case we’d usually text each other back and forth instead of talk. He responds quickly (usually within the hour for the first text, within minutes for follow up ones), I don’t feel like he does not want to communicate with me.

I’m not sitting around waiting for him. I’ve kept active with my friends, and have gone out on some dates with other men. I miss my guy though, and so haven’t really been interested in any of those guys. When we met up in the Caribbean, he told me that they really liked his work, and want to extend his contract. There is no end date as of right now; it depends on when the project tis done so it could be up to two more years. He really likes the work and the fact he is recognized for what he does, not a manager getting the recognition. I’m happy that he likes it, and it will be very good for his resume.

But I miss him,

I would like some of your helpful insight into what my guy might be feeling. I know that losing one job and starting a new one, especially in a different location, is a time of transition. Do you think he still has feelings for me, with all of this transition, and then the extended contract?  As men, do you think that there could be potential for a relationship between us again in the future when we’re in the same location (or even long distance)? It seems to me that he has feelings: he has kept in touch, invited me on vacation, invited me to meet his parents, etc. Is the phone sex a way of maintaining intimacy, or just a release to him since he hasn’t taken the initiative to make it more over the distance?  Should I say something to him about my feelings, especially since the contract length has been extended?  Should I keep doing what I’m doing and see what happens between us or if I meet a new guy I like better?

Thanks so much for your help.

Thanks for your donation and question.

Relationships are difficult enough, but when you add distance to the equation it can put an even bigger strain on any relationship. You’re doing all the right things.

Communicating regularly, arranging visits, and connecting physically—aka..phone sex. All those are good things. One of the hardest aspects of a long distance relationship is the lack of physical contact, touch, intimacy. Phone sex is a poor substitute, but it’s better than nothing, and it is a guy’s way of connecting. Sure, it might be serving a dual purpose for him, but it’s his way of being with you if he can’t have you next to him.

That said, the purpose of staying connected with him, is to one day be with him in the same city as a couple, right? In fact, that should be the goal of any long distance relationship, unless it’s two people who want to have fun occasionally. (That rarely happens. More often, one person—the woman—wants to be serious, and the guy doesn’t.)

And that’s where this is a bit murky. Here are the questions we have. And a few you might want to figure out.

1. We’re assuming he’s recently divorced, which means he definitely does not want to jump back into a relationship. Does he ever want to get serious again? How long does he need before he does? Has he expressed an interest in getting married again, having children? (That would be nice to know.)

2. Did he hesitate about a long distance relationship because he didn’t want to hold you back, or because he wanted to be unencumbered himself?

3. How long are you prepared to put your life on hold for him? (We know you say you aren’t waiting for him, but clearly you’re not open to other men at this point.)

Our general rule Blondie is this; If you’re having sex with the guy, then it’s not too soon to discuss the relationship—where it’s going, how you’re feeling, what he’s feeling, what you want, what he wants, the present, the future.

Does that mean it will work out great? No guarantees on that. But women get this sense that if they do the wrong thing they’ll somehow blow it. It’s clear you’re worried that if you put pressure on him, he’ll bolt. That may happen, but it wouldn’t be because you put pressure on him. It would be because he was going to bolt anyway. Maybe not now, but at some point. Guys aren’t that skittish. They just pretend to be, or use it as an excuse, for what they’re already feeling. (We’re very good at reversing things.)

You’ve got a lot of nice things going in this relationship, and one of the best, is that you both enjoy each other as friends and more. Don’t worry about running out of things to say. The phone is difficult. And sometimes, the best relationships are the ones when you can be with the other person and NOT HAVE to say anything, JUST BE. You can’t do that with a long distance relationship. That doesn’t mean there’s a problem.

The biggest issue you have is timing. He’s not ready. You are. How do you bridge that?

This is your call, but maybe it’s time you open up to him a bit more. Tell him how you feel. What you want from the relationship. Ask him where this is going. If he waffles, or is uncertain, well, that’s information you need to store away to process later. Just beginning the conversation is a good thing. You don’t have to finish the conversation, but at least he knows that some of these questions are floating around in your mind. It’s one of those conversations defined as: To Be Continued. Or. Ongoing.

Then, once you get a better sense of where he’s at, you can figure out how you want to proceed. Hopefully, he’ll figure out that he really wants you in his life more permanently. What you don’t want to happen is to get in a holding pattern for years while he’s figuring out what he wants. Remember: When a guy isn’t sure what he wants, that usually means he’s sure what he doesn’t want. (Even if he’s not saying it.)

We hope this helps. Usually, we ask people to comment if they have follow-up questions but our site is under construction so comments are disabled. Feel free to contact us through the form on our site if you have other questions.

ps. Please let your friends know about us. And look for our e-report on Long Distance Relationships. Coming soon.